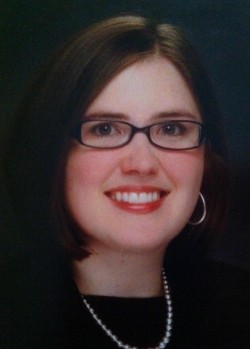 A native of Ashland, Kentucky, Elizabeth graduated from Paul G. Blazer High School and then Sweet Briar College in Virginia, where she graduated magna cum laude with a dual Bachelor of Arts degree in Spanish and Music, and was also elected to Phi Beta Kappa.  Elizabeth obtained her Juris Doctor degree from the University of Kentucky College of Law.  During her tenure at UK, she was involved in the Moot Court program, winning the titles of “Best Oral Argument” and “Best Overall.”  Elizabeth was also a member of the National Moot Court Team and represented UK in multi-state competition.  She was the co-chair of the Women’s Law Caucus during her third year, and she and James were both participants in the UK Legal Clinic, and represented their first client together there.

Elizabeth began her career by working as an Assistant Commonwealth’s Attorney in Fayette County under Commonwealth’s Attorney Ray Larson.  While her primary focus was child sexual abuse cases, Elizabeth participated in many jury trials during the years she was with the prosecutor’s office, working on various cases from felony theft to drug offenses, kidnapping, rape and murder.  She also led the office internship program, mentoring college and law students working in the office.  After their eldest son was born, Elizabeth made the difficult choice to change positions and begin working with her husband at James E. Davis & Associates, PSC in Mt. Sterling.

Elizabeth now focuses her practice in the area of family law, accepting cases dealing with issues of divorce, child custody, adoption, and visitation rights.  She also serves as court-appointed counsel in Montgomery County District Court for juvenile cases of dependency, abuse, and neglect, where she continues in her efforts to be a voice for child advocacy.  In their private time, Elizabeth and James raise their two sons, Wyatt and John, in Mt. Sterling. Elizabeth also enjoys supporting the arts in her community, and works with the Gateway Center for the Arts on its music committee. A lifelong piano player, she is also an avid reader and thoroughly enjoys attending her monthly book club. She is still working on ways to encourage James to travel abroad, with limited success.